If you all haven’t yet, download the lastest, banging joint “Sauce” from none other, one of my G.O.A.T s, MIKE JONES! “Sauce” has already hit over 2 million plays on Soundcloud since it was released on October 1st!!! “Sauce” is also availiable on itunes and Tidal!  With the Moneytrain Reloaded Mixtape set to be released Oct. 21, this Houston Legend is coming to drip “Sauce” on ya, and with him he is bringing some new and seasoned talent to the scene. 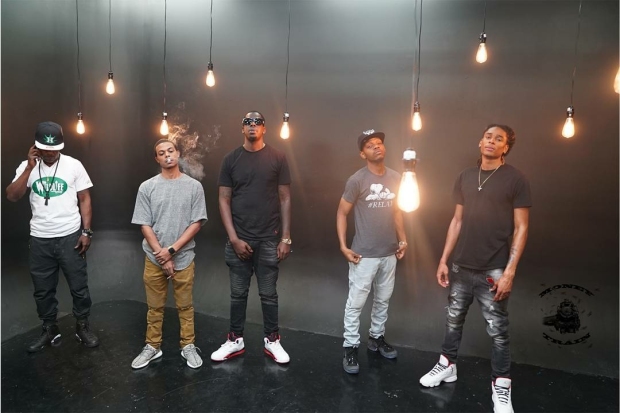 a Wichita Falls native, is a rap lyricist with flow and vocals that brings his own sauce to this seemingly hot track that’s already making noise on the hip hop music scene. Mike Jones is definitely coming with the “Sauce” dropping quick flows and trademark verses that always stay stuck on the brain!

Mike Jones has put together a group of artists that are in each their own entity and unique style. Yung Deuce, originally from Jackson, Mississippi,  is the veteran of the group who kept us blowing and rocking to “3 grams” from the first Moneytrain Mixtape. Marco Polo, a Fort Worth, Texas native, is an O.G. , bringing that lyric/harmony vibe to the Moneytrain Movement.

Mr.Jay Jones is far from a newbie, born into the music industry by means of  Houston’s legendary group 4 Deep, he developed and crafted his style at an early age. His lyrical style is beyond his years and he is bringing his own tales from the hood to life on this mixtape as well.

T Three, is a Jackson, Mississippi native that has put his trademark verses to work as well on this new mixtape, giving us a vision from a real solider’s diary and his drive to rise to the top and never look back.

Not only is Mike Jones making moves with Moneytrain, he has joined forces once again with the Magnifcent A*K*A Magno(@magno_yaheard). With the Houston Legend duo back in the lab, we can only imagine what these Emcees got next on 1st Round Drafts Picks 2, which they are already working on. Well, we definitely know now Where Mike Jones been and Where he is going. Much Love to one of the Greatest to come out of Houston, Texas, Mike Jones may your continued success and legendary skills stay relevent and valuable to the legacy of hip hop.  So get ready hip hop heads, you gotta cop “Moneytrain Reloaded”. This is a for sure hit Mixtape that is gonna make some waves, so watch out and listen up to the movement that’s gonna have everybody riding, ALL ABOARD, WE ON THAT MONEYTRAIN TRAIN GANG!!!

One thought on “Where is Mike Jones?”